Collett Castle Class 4-6-0 No 5057 Earl Waldegrave on shed at Swindon Sunday 28th April 1963. During the 1950's and early 1960's Swindon Works and shed was opened to the public and queues would form outside well before the doors were open with enthusiasts eager to get inside. A 81A Old Oak Common loco at the time and with just under a year left in service withdrawn from 81A 10th March 1964. From built in 1936 the Castle was given the name Penrice Castle but changed in October 1937.
Simon Lathlane Collection
Simon Lathlane Collection 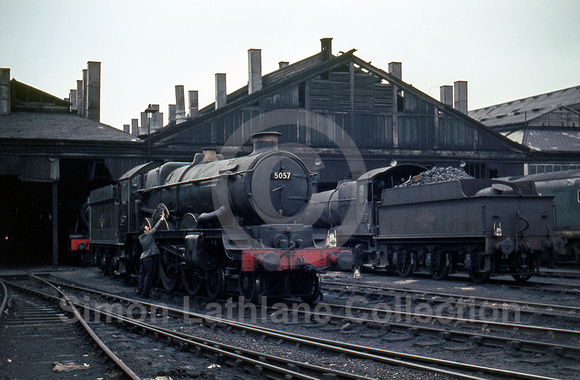