Collett Castle Class 4-6-0 No 5003 Lulworth Castle is seen departing from Exeter St Davids station with a northbound express under the magnificent signal gantry and Exeter Middle signal box in view. The date on the Agfa mount is 21st June 1961 and four days later No 5003 was photographed (Steam Days magazine Nov 2014 p684) working The Torbay Express from Paddington-Kingswear so maybe this is the mid-week working of that famous titled train? A 83A Newton Abbott engine until withdrawn 29th August 1962.
Simon Lathlane Collection
Simon Lathlane Collection 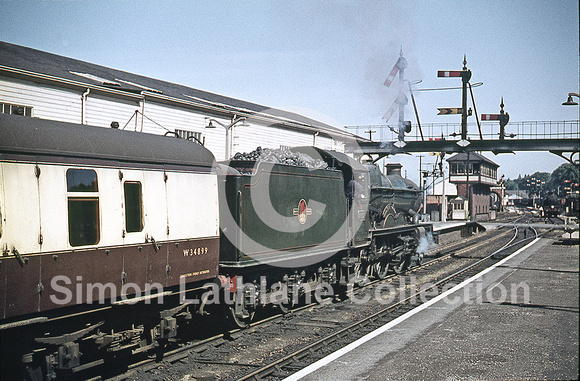