GNR Gresley 01 Class 2-8-0 No 476 and I think but stand to be corrected taken at Top Shed? It dates to between November 1922 when 476 was fitted with the Worthington feed water heater and boiler feed pump as seen here, and when the loco went for its next 'General' which took place between 27 June-5 December 1924 and came out renumbered as 3476. The Worthington pump was removed in 1927 during another visit to the Works. She was the last of the Class to be built in 1919 and in 1946 renumbered once again as 3494. The engine remained in service for two more years withdrawn March 1948 no No 63494 by BR.
Simon Lathlane Collection
Simon Lathlane Collection 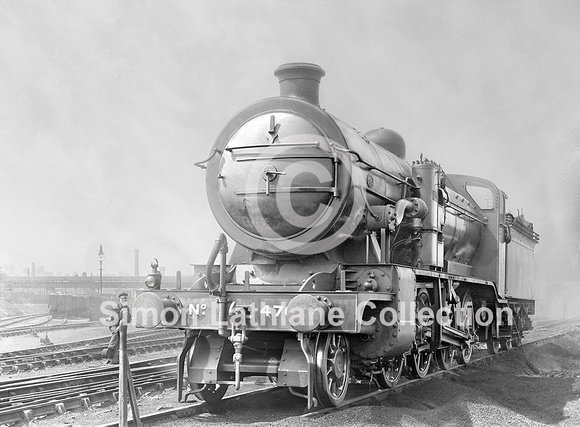