Gresley A3 Class 4-6-2 No 60061 'Pretty Polly' at York in 1960 with GN coal tender with handrails and wing deflectors and double chimney. The double chimney was fitted in October 1958 and the small wing deflectors were later replaced with the German type smoke deflectors in February 1962. A superb portrait shot of this magnificent engine which was later withdrawn from 34F Grantham in October 1963.
Simon Lathlane Collection
Simon Lathlane Collection 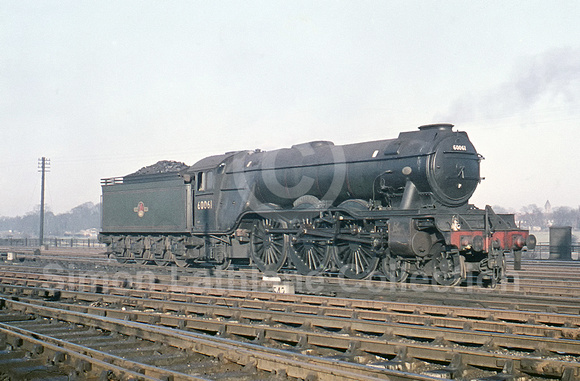