LNER/BR Gresley A3 Class 4-6-2 No 60061 'Pretty Polly' at London Kings Cross station after a recent heavy shower in 1960 seen here with the small wing deflectors. No 60061 was one of four fitted with this experimental smoke deflector to try and help with drifting smoke problems. In February 1962 like other A3's she was fitted with the German type smoke deflectors. She was withdrawn from 34F Grantham in September 1963.
Simon Lathlane Collection
Simon Lathlane Collection 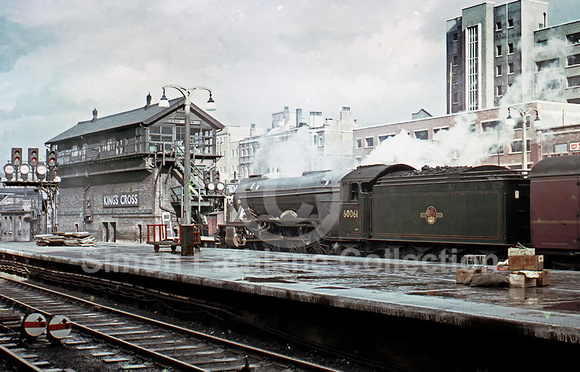