Peppercorn K1 Class 2-6-0 No 62007 pauses at Doncaster station with an engineers train on 15th May 1964. At that time allocated to 50A York North but soon transferred to 55H Leeds Neville Hill in June 1964. A visit to Darlington Works in late 1964-until March 1965 for overhaul the K1 was photographed outside looking superb in her new paint. A move north-east in 1965 where she worked out the last couple of years until withdrawn 9th September 1967. Scrapped soon after at Blyth.
Simon Lathlane Collection
Simon Lathlane Collection 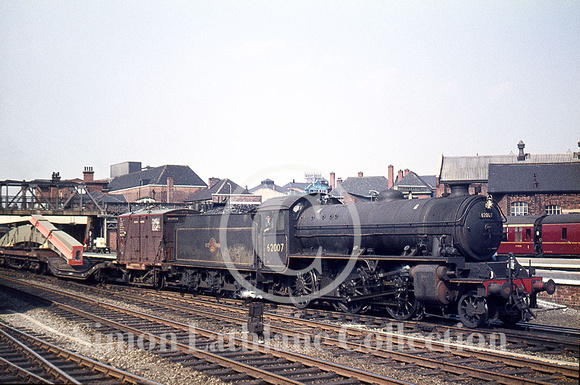