What a fabulous shot taken near James Goss's boatyard which was on the Devon side. Just in view in the boatyard is the ketch 'Garlandstone' under construction which was launched in 1909, purchased by Captain John Russan of Milford Haven where she was registered. Thankfully after a long career at sea she was preserved and now resides not far from her birthplace at Morwellham Quay. Work is now well on its way with the piers going up.
Simon Lathlane Collection
Simon Lathlane Collection 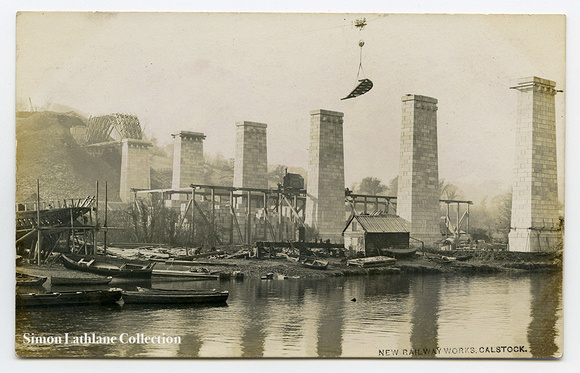